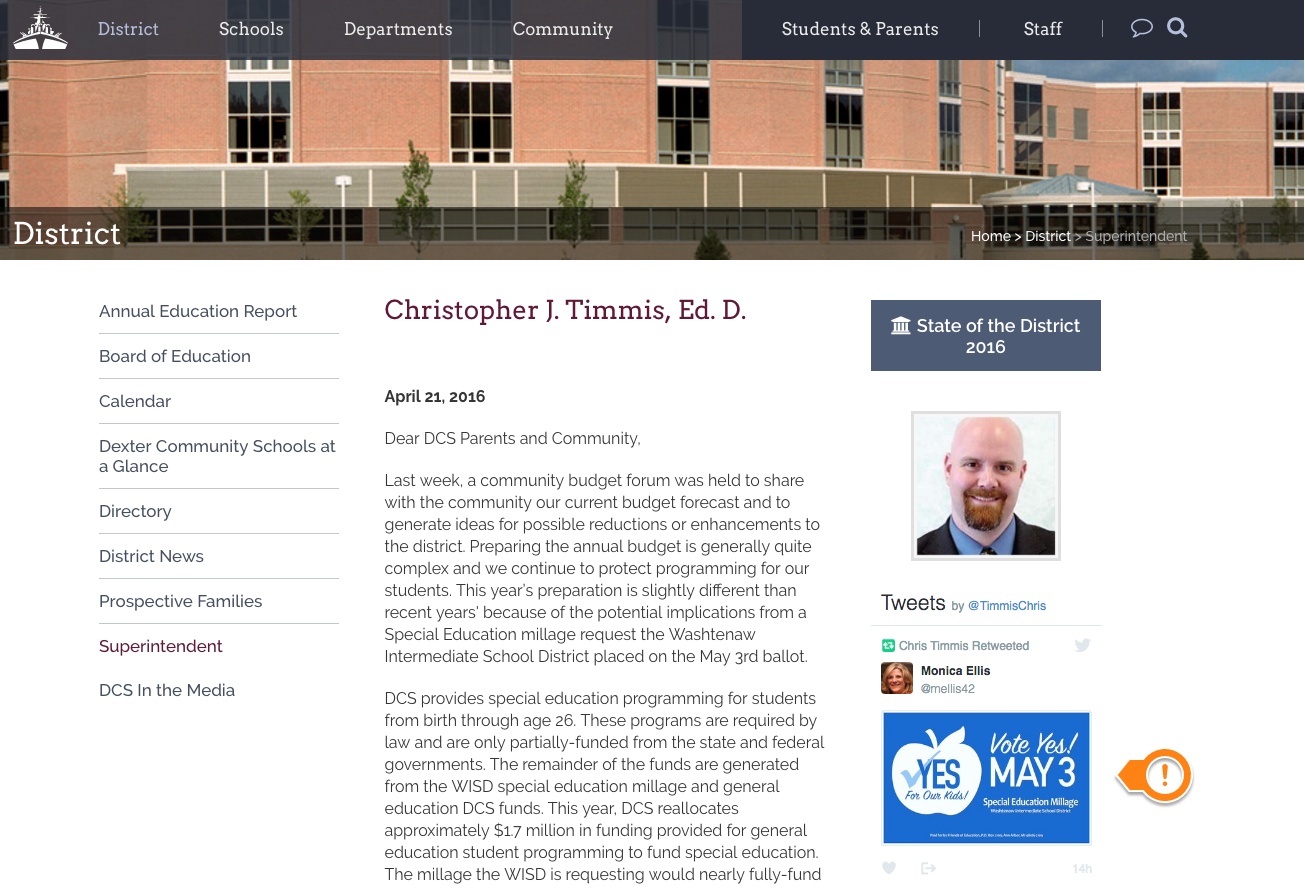 Upon investigating the Dexter Community Schools' website, we found that Superintendent Timmis has his personal Twitter feed linked directly to the school's website. Several examples can be found (here, here, here, and here) where he instructs visitors, i.e. residents, to 'Vote Yes on May 3.'

Local governments and schools are allowed under current law to inform voters with neutral language to educate them on upcoming millages, but directly advocating for them is prohibited. The problem with the current law is that essentially the only thing local governments are prohibited from saying is 'Vote Yes.'

A Michigan Capitol Confidential article illustrates just how close to saying 'yes' local governments and schools can get:

... they have been allowed to advocate by: asking everyone to “pitch in,” “ask for your support,” “fund our future,” and “ask voters to renew.” They have been able to say a tax increase “can mean the difference between life and death,” ignore $260 million of tax increases, claim a tax increase will “boost Michigan’s employment rate and the economy,” “secure a better future” and more.

Why hasn't this loophole of taxpayer money lobbying for more taxpayer money been stopped? Conservative lawmakers tried when they passed and Governor Snyder signed Senate Bill 571. The bill restricted local schools and officials from using public resources — via radio, television, mass mailings or prerecorded phone messages — to communicate with their residents in the 60 days before an election.

Unfortunately, a temporary injunction was filed stopping the legislation from going into effect. According to the Detroit Free Press, U.S. District Judge John Corbett O'Meara ruled that the temporary injunction he placed on SB 571 is now permanent. His ruling permanently prohibits Secretary of State Ruth Johnson from enforcing the law.

After all if local officials and schools with to advocate in support of a local millage, they can do so with private funds allocated for that exact purpose.