A Republic, If We Can Keep It

We’ve got a Republic, if we can keep it.

That was Benjamin Franklin’s message to an inquiring public at our nation’s founding, and one no less true in the 21st century. 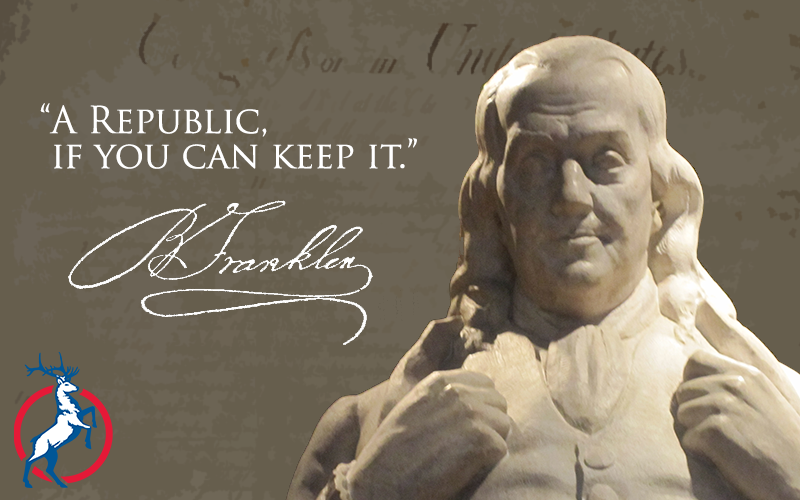 Unfortunately, the principles of our republic are being frequently undermined and assaulted, from both the political left and the right.


Our own Greg McNeilly writes this week in the Detroit News:

“In the United States, we experience the genius of (republican) insurance against mob rule through mechanisms carefully and brilliantly woven into the Constitution: the Electoral College, multiple branches of competing governments, federalism, political parties, and more. But these institutions have been weakened over time – we no longer practice the indirect selection of United States senators, for instance – mostly by an application of direct democracy, and today the din of the mob can be heard seeking to wreak even more havoc on these safeguards of our freedom.”

McNeilly urges us all, in the new year, to focus more on reason and principle that has withstood the test of time and less on the culturally corrosive desire to force the will of the majority over the out-of-favor minority.
With our nation’s future on the line, it’s good advice for all of us.