Until this week, Dexter Community Schools was facing a $1.5 million budget deficit for the 2016-17 school year. If the May 3rd millage didn't pass, then Dexter Schools had to work to trim their $35.5 million budget to $34 million. 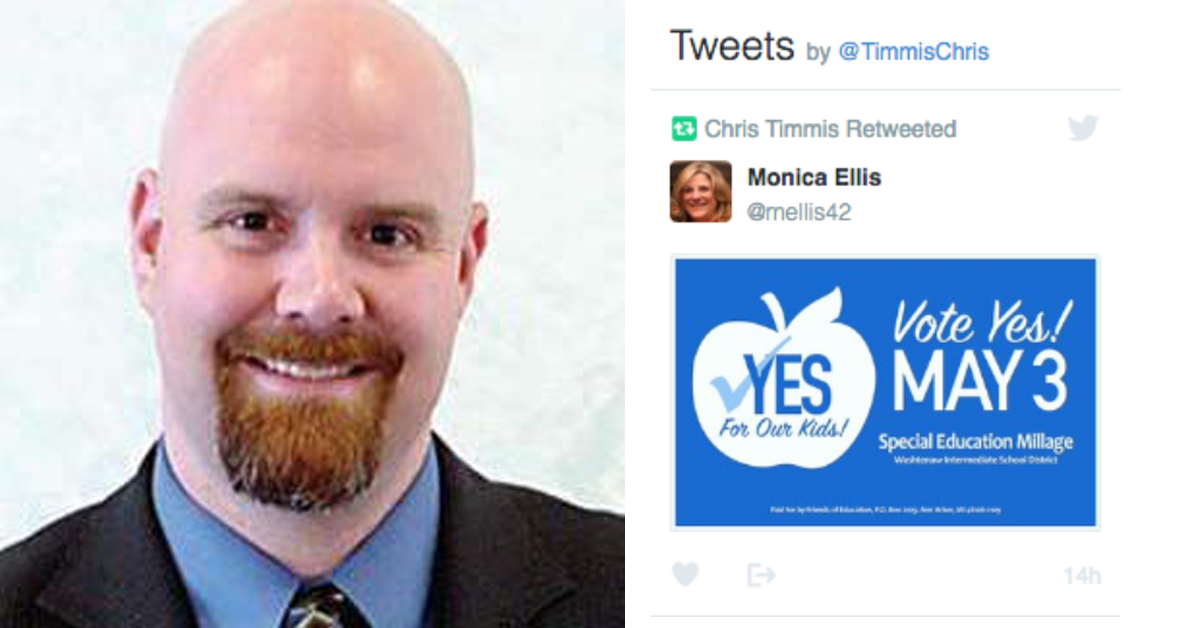 Earlier this week, we discovered that Dexter Schools Superintendent Chris Timmis was using his personal Twitter account to advocate a 'yes' vote on the Washtenaw Intermediate School District millage.

The problem isn't that he was personally speaking out in favor of the millage, that's his first amendment right to do so. The problem is that his personal Twitter feed was linked to the Dexter Schools website.

Under current law, public entities are prohibited from using public resources to engage in direct advocacy on local millages.

After the millage passed, Timmis removed his personal Twitter feed from the school website and also removed any tweets that specifically advocated for the millage. Fortunately for Dexter taxpayers, evidence of the violations can be found here, here, here, and here.

Taxpayers deserve to know that the resources they send to schools to educate their children aren't being used improperly. Timmis knows the rules, he just refuses to play by them.