Whitmer's Actions Continue To Be Hypocritical, But They're Also Illegal 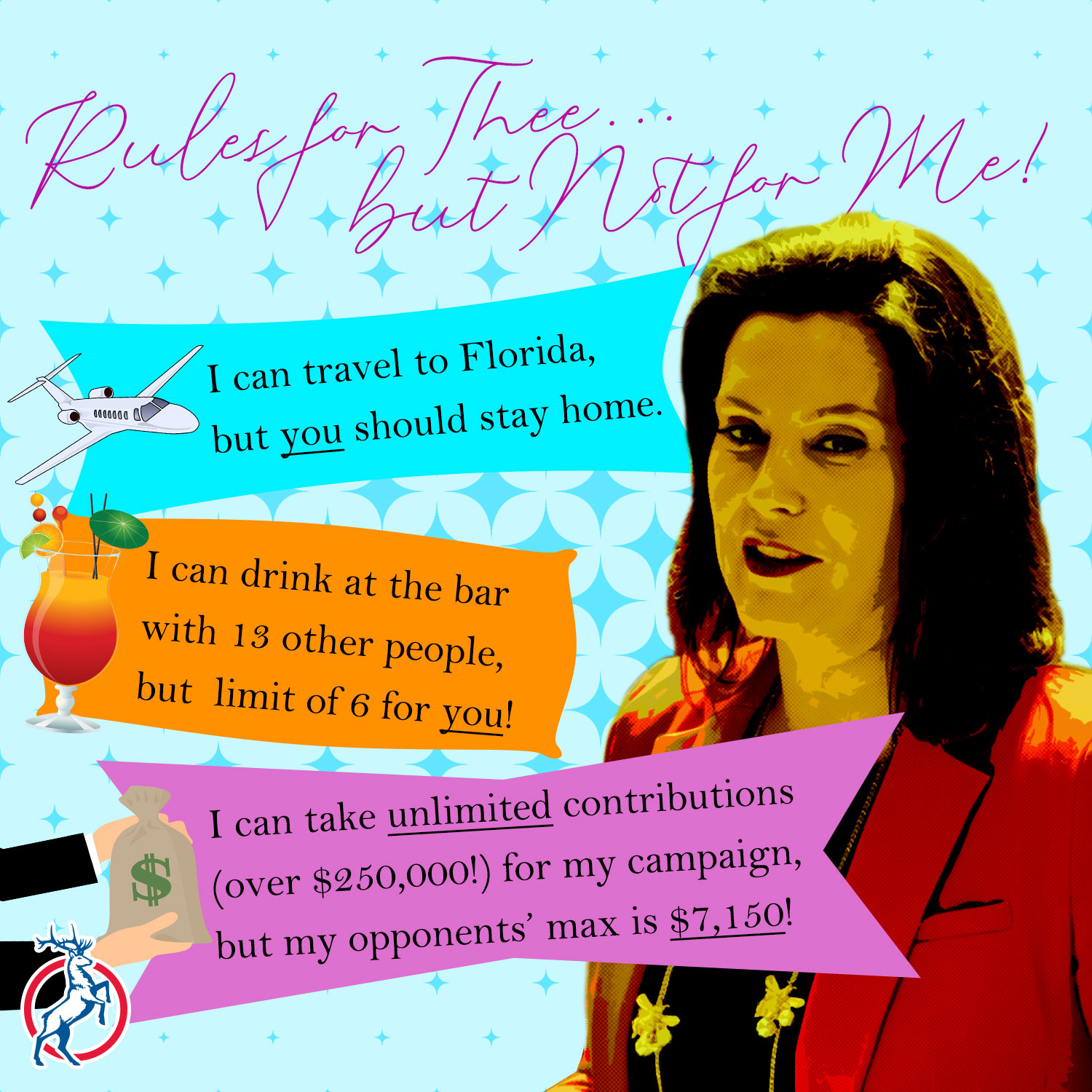 We've watched Governor Gretchen Whitmer have one set of rules for herself and another for everyone else since the beginning of the pandemic. As soon as Whitmer lifted the order banning motorboats, her husband tried to cut the line and get his boat in the water.

It happened again when Governor Whitmer criticized protests against her countless abuses of power - and then she marched side by side with protesters, ignoring her own social distancing recommendations.

Whitmer warned the people of Michigan not to travel to Florida for spring break and recommended quarantining for fourteen days if you did travel. Then she booked a private flight for Florida and ignored those same recommendations. Let's not forget that she also allowed her top aides to take beach vacations too!

Whitmer's orders prohibited more than six people at a restaurant table. Yet she went out with a dozen friends to an East Lansing dive bar, pushed the tables together, and simply ignored her own rules.

So, it shouldn’t be surprising that Governor Whitmer doesn’t think Michigan’s campaign finance laws apply to her, either. She’s decided that she can raise unlimited funds from mega-donors - even though Michigan law limits individual contributions to just $7,150.

We’ve had enough of Gretchen Whitmer’s egregious abuses of power. That’s why our executive director filed a campaign finance complaint to put an end to her illegal cash grab. It’s time for Whitmer to say goodbye to “Rules for Thee, but Not for Me,” and follow the law like everybody else.